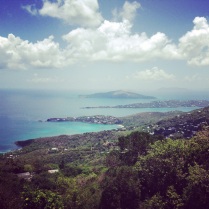 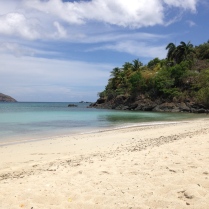 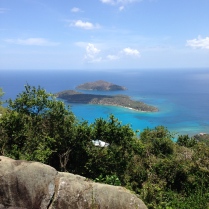 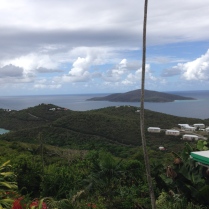 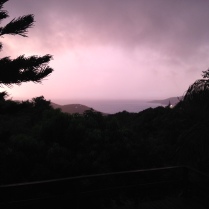 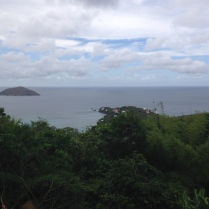 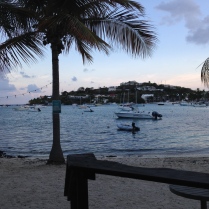 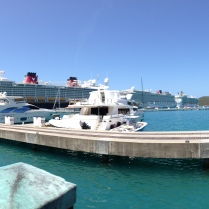 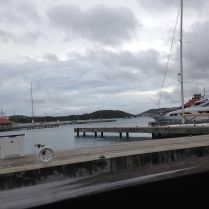 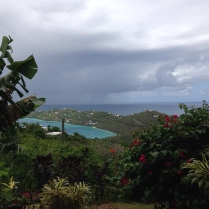 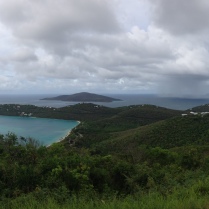 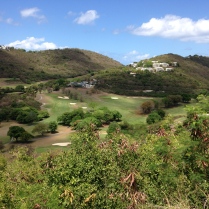 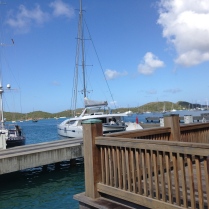 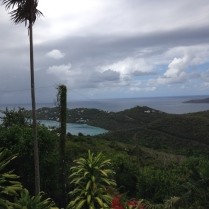 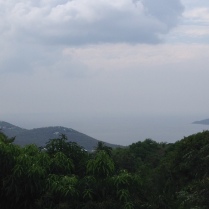 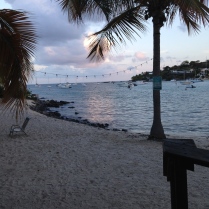 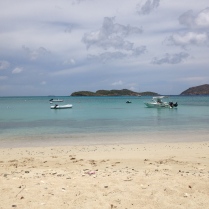 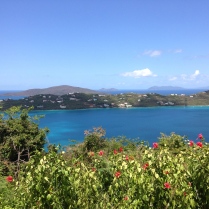 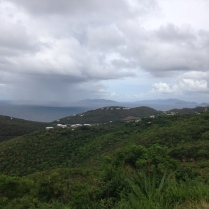 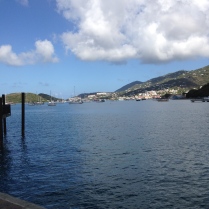 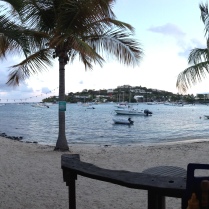 Happy birthday, America! We are really missing Okoboji this weekend, but tried to have as much fun as possible so we headed over to St. John for their Carnival celebration. In true island fashion, nothing is the way you think it will be!

We hopped a ferry with our friends A & M around 10 am, and were on another island in about 20 minutes. A few food vendors were open for breakfast, so we had our first pates – um, delicious! A pate (pronounced pa-TAY) is kind of like an empanada; a doughy crust is filled with meat, fish or vegetables and fried to crispy goodness. Dan and I both tried the chicken, but our friends were more adventurous and got conch and shark.

We walked around staking out our spot for the parade, slated to begin at 11 am. We ended up across from Woody’s, at the end of the parade route. We had to sit in the sun for a long while, until Dan sneakily grabbed a shady table from a party that was leaving.

Now when I say parade, it’s not like a parade you would traditionally think of stateside, where you sit and watch floats go by, lasts an hour, etc. No. The parade arrived on our block about 12:30 pm. Well, the two police motorcycles and the grand marshal arrived around 12:30 pm. Then we didn’t see another float for about 10 minutes. I swear to you, parade is a very loose term. It’s more of a street party where people get out of the way when a float goes by every 20 minutes. It. Was. SO. FUN! 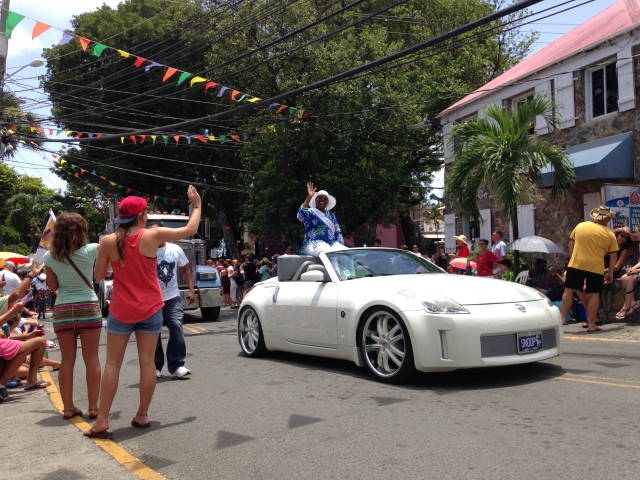 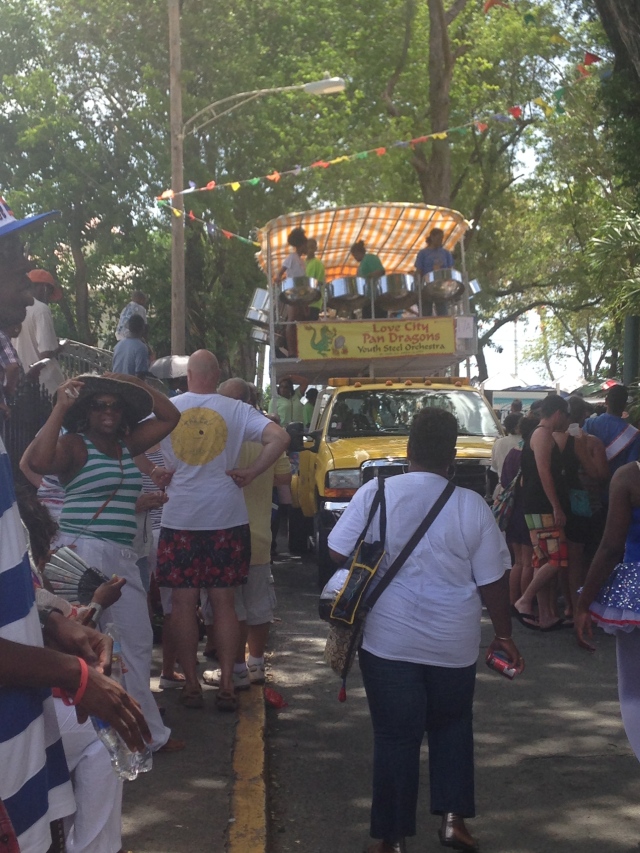 Yes, that IS a double decker steel drum float.

Don’t mind the power lines, folks. We have people on floats that can move them by just reaching up with a rag in their hand and shifting them out of the float’s way. Yes. We witnessed this. 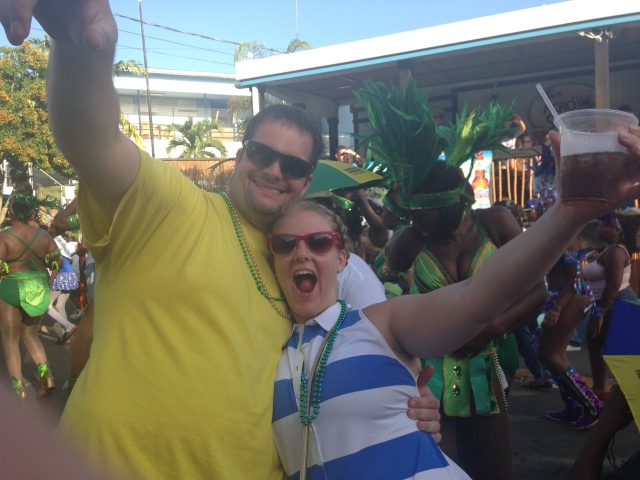 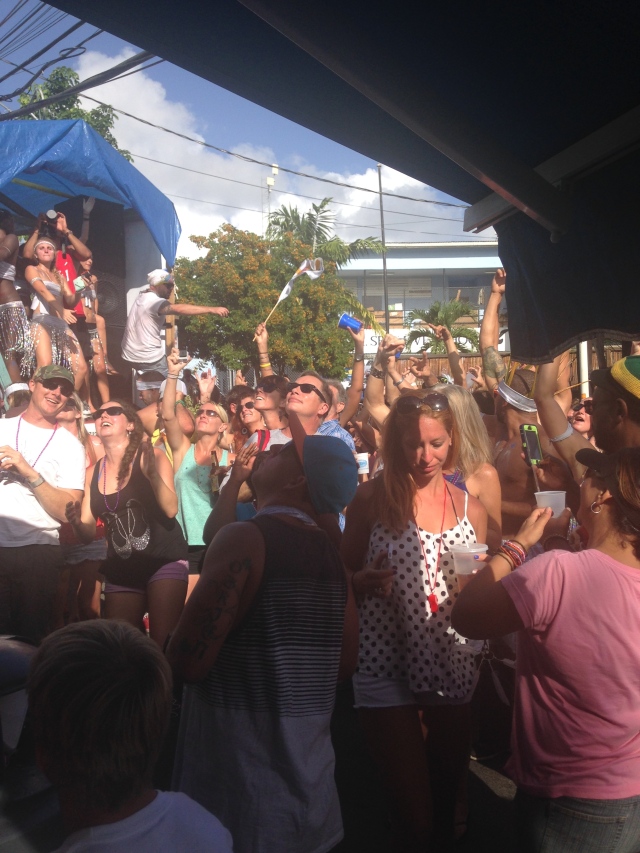 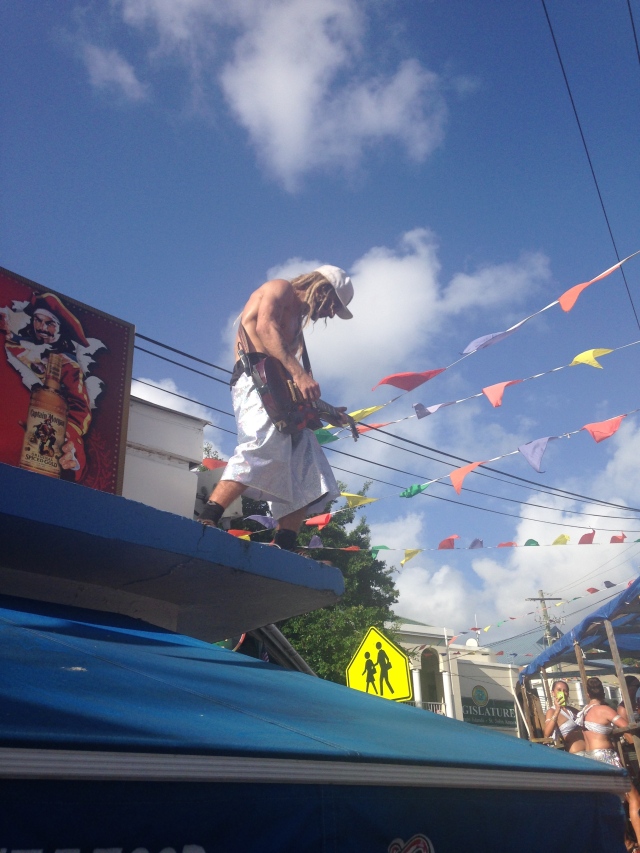 Oh you know, just a guy playing guitar. And yes, he did jump off the building into the crowd. 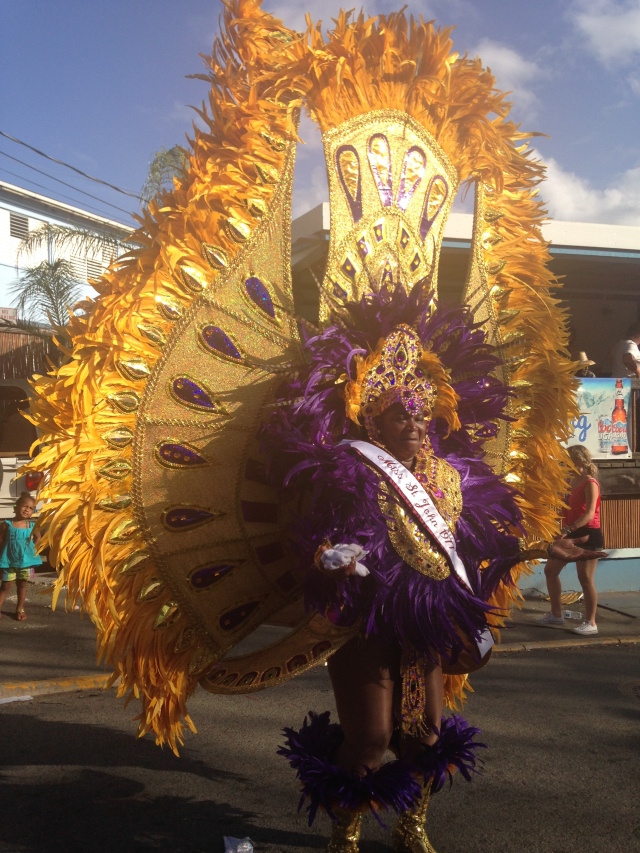 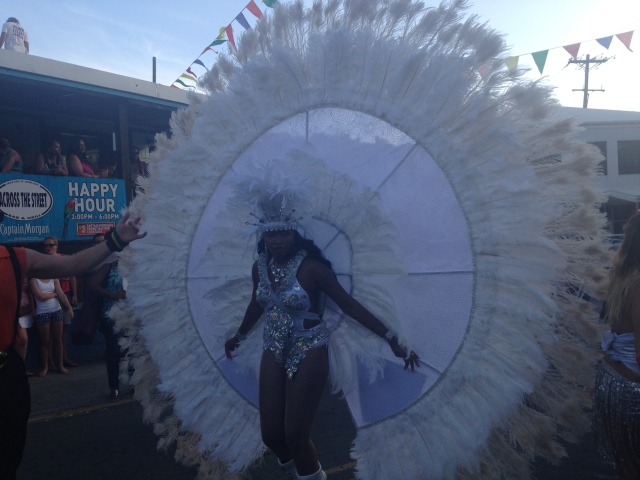 The “parade” was still going on when we left St. John about 7 pm. Happy 4th everybody!